Making Sense of Caulks and Sealants 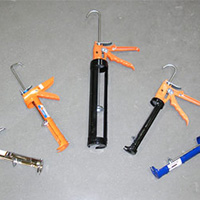 Making sense of caulks and sealants is not as easy as a few decades ago. Why is that? Because modern caulks and sealants today are abundant, and many companies advertise their products as lasting longer, adhering better and stretching farther than any caulks or sealants have gone before. Flashy packaging, labeling and clever product names can leave a person in a state of confusion as to which are the best caulks and sealants.

Making Sense of Caulks and Sealants

Limitations and Uses of Caulks and Sealants

Both caulks and sealants have pros and cons, although, some newer sealants are amazing in what applications they can be used for. However, they are both applied by using a caulking gun. The greatest limitations and aspects of caulks are their lack of elasticity and their susceptibility to temperature changes. In time, all caulks eventually dry out and crack, which makes modern sealants much more appealing to individuals and industries. Why? Because they are flexible, can handle temperature changes and do not dry or crack easily.

Here are some of the benefits of modern silicone sealants: