Proper Disposal of Glues and Adhesives 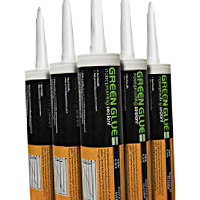 Just as a general rule, glues and adhesives contain toxic solvents. The chemical compounds are poisonous, capable of causing skin and eye irritation, and some particularly harmful adhesive formulations even cause respiratory difficulties. Granted, many glue manufacturers are busily substituting solvents with water-based bonding agents. However, it’s that general rule of thumb that worries us today. In view of this toxic reputation, what are the proper disposal procedures for adhesives?

Adhesives and Glues: In Consideration of a Harmful Substance

Old cans of glue pile up on shelves. Their expiration date has come and gone, so the compound’s bonding capacity is suspect. Tempting as it seems, you can’t simply dump the product in a trash can. If that incautious approach is considered acceptable, you’re in error. Remember, the solvents and chemical additives are toxic, which is to say they’ll place a burden on your local environment. As that poisonous stuff accumulates, it penetrates the regional water table and damages the local ecosystem. At its worst, a solvent-heavy adhesive will wreak havoc on the health of that local populace, with liver and kidney damage topping the list of unpleasant symptoms.

Manufacturing companies are well aware of the destructive potential of their products. They obviously promote an adhesive as a capable bonding product, as a fluid that permanently joins surfaces and maintains that join when high temperatures and other bonding challenges present themselves, but there’s a point where the marketing talk stops and the safety regulations take over. First off, data sheets are available from those manufacturers. They’re also available online and often come included in the packaging, so don’t throw away the packaging as soon as the adhesive container is unboxed. On that data sheet, the shelf life is discussed, as are the disposal methods. Typically, the informational document will recommend an approved hazardous waste disposal facility. Let the liquid dry in a sealed canister, if at all possible, so that it doesn’t seep out of the canister or tube and into the ground.

Remember, there are green solvents and water-based glues, but if you’re at all in doubt of the particular formula you’re about to dispose of, seal it and follow the disposal routine, as laid out in the Storage and Disposal section on its datasheet. Most importantly, do not allow the toxic stuff to remain in its liquid state, not unless you have a secure storage canister and a local hazardous waste disposal facility nearby. Never toss the adhesive into a trash can, not unless its ingredients have been identified as being environmentally friendly.