Foam Sealant > Article > Thermoplastic Glues and Some of Their Common Uses

Thermoplastic Glues and Some of Their Common Uses 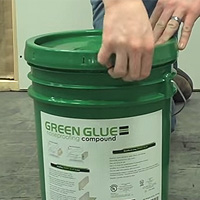 Thermoplastic glues are amorphous adhesives, which simply means they’re compounds that are built from loosely structured polymers. The plasticity label suggests a thermal attribute, though, so where does this feature fit into the adhesive market? Well, this is a tacky adhesive agent that’s found in hot-melt technology, usually as a solid plastic cylinder. Gifted with superior plasticity capabilities, what common usage areas benefit from this thermoplastic build?

Known collectively as hot-melt adhesives, this thermoplastic family pops up on hobbyist shelves as bullet-like plastic cylinders. Following on from that analogy, the sticks do slide into a gun, a glue gun. It’s this tool that provides the thermal energy, via a heating element. The cylinder then moves incrementally forward as it melts while that liquidised glue is ejected as a controlled trickle from a tapered nozzle. At the push of the gun’s trigger, the heat is turned on, the glue turns into a hot melt, and it remains a tacky paste until it solidifies on a target surface.

Formed by extrusion technology, the melting stage occurs back at the manufacturing facility. Back here, the film coats a flat paper. Alternatively, a die cutting machine shapes the film, keeps that flat glue uniformly thick, and appends it with substrate-imbued strength. This time the labelling rationale terms the product as a thermal bonding film, a tape-bound glue that uses heat and pressure as an activation mechanism. Used to chemically anchor various application substrates, the thermally bonded film adheres around complex shapes, including the curvilinear shapes used in the plumbing industry and the electrical cabling industry.

Already fully polymerised, thermoplastic glues are very versatile materials. As long as the heat source is present, the surface parts to be bonded can be repositioned. Then, once optimally situated, the glue will cool until the material hardens and permanently locks the parts in place. As well as the commonly marketed polyvinyl acetate wood glues, newer glues of this type are now being employed in the electronics industry as a die-cut tape. Better yet, there’s also a sprayable version of the commonly used hot-melt gun. That thermoplastic adhesive liquefies when heated, cures extremely quickly, and produces a very accurate bond, as required by today’s electronics assemblies.