Foam Sealant > Article > What Are the Differences Between Sealants and Adhesives?

What Are the Differences Between Sealants and Adhesives? 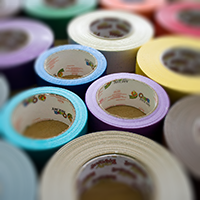 Though some sealants and adhesive may be used in similar circumstances, they are never used the same thing. The two are very different indeed.

When it comes to see once these products are mainly used as a finisher. Naturally, as its name suggests, it seals spaces that exist between one surface to the next. When a sealant is used the space becomes air and water tight. Adhesives on the other hand are primarily used to bind services together.

Although adhesive are not meant to create this air and water tight condition it sometimes dies depending on the materials that it is binding together and of course their sizes. Sometimes adhesive is also serve as a substitute for sealants when they are unavailable at the time. Mind you, they do not always work, and it is vital to use these products for their intended and instructed usages.

These two products differ on several scales. One of them is not only what their intended use is, but also in their basic structures, feel and look. Adhesive will offer a more rigid and durable feel and look as opposed to sealants which are lower in strength and far more malleable. Another difference between the two is that a ceiling can be utilized in any situation where a seal is needed whereas adhesives can only be used in a small number of places where a seal will be needed. Sealants should not be used to bond things together.

While these two things are very different the lines and boundaries are seemingly blurred between them and what they are meant to be used for. As a matter of fact, the differences are sometimes unclear. This can be accredited to the fact that they are made with very similar materials. Their processing times are very similar and one in many cases can work just as well as the other for the same intended purpose. So, knowing which one to use can be quite challenging for some people.

Just remember, there are different methods of testing each one, and they will both have their own specific specifications that must be adhered to. To put it quite simply adhesive is doing things together were sealants protect. Even though they’re working in very similar ways, they are intended for very different purposes.

Adhesive have more power for holding and bonding, and sealants are great for air and water tight spaces. You cannot go wrong when you use the product according to the demand of the surface in which you are working with. While he two seem to be very similar, and their distinctions are also quite similar they are different products entirely.